Is the Azure Functions service able to achieve 1000 HTTP request per second without degradation in latency and reliability?


Is the Azure Functions service able to achieve 1000 HTTP request per second without degradation in latency and reliability? Of course it is, that’s what this article is about! Read on to learn more about considerations, fine-tuning and monitoring of a high-scale HTTP scenario.

For those not familiar with Azure Functions - it’s an application hosting service from the Microsoft Azure serverless family. You provide code, Functions take care of triggering it, scaling the infrastructure and management.

Still experimenting with tweaking the performance. Today I’ve added results from one more run - without writing to the Table Storage.

Only a few days after first publishing my results, I found out that there’s now the possibility to switch to a new scaling model by adding an Application Setting called WEBSITE_HTTPSCALEV2_ENABLED with the value of 1. So I ran the Consumption test again and added new results.

Enough talking, take me to the results!

I’ve run a series of load tests to figure out how Azure Functions perform.

In February we spent three days hacking with developers from Cross Masters, exploring ways of improving their solution using Microsoft Azure. The scenario was to serve an “invisible pixel” to web users and store basic information about them for further big-data analysis.

The core of our solution was an HTTP-triggered Azure Function. We then chose Storage Tables as the data store, because they were capable of handling at least 20,000 requests per second.

Every user sends a GET request to the Function’s public URL. This request contains table name (one table per client, which can be for example a marketing organization), query string parameter and a cookie.

Table for one client (organization) can look like this:

We decided to partition data by user IDs as we expected to have large amounts of events per user and further processing by this ID. RowKey is just an arbitrary GUID.

Due to the fact that every request has to be processed by the backend, it was not possible to employ a caching mechanism (such as CDN) to optimize performance.

Azure Functions are a very convenient way to implement serverless backend service such as this one. We had to do some tweaks around logging to get the best performance possible and then run a series of load tests.

The function itself is fairly simple, but it still does some actual work. Its main purpose is to return an invisible pixel and save request-specific information into Storage Table. Bindings are used for that:

Name of the table differs per customer who is using the tracker. In this case we just take it from the URL as tableName and use it in Table binding:

Just to prove a point, we also extract information from query string (account parameter) and from cookie, because the production application will do exactly that.

The invisible pixel is encoded to Base64 and sent back to the user as ByteArray with the header of image/png.

ByteArrayContent class doesn’t provide the option to set media type in its constructor (unlike StringContent for instance), but you can set it as a header after instantiation. Just remember to set the Content’s header, not the response’s.

Also note that there’s no logging inside the function itself. That’s intentional, see next section.

Azure Functions have a logging mechanism turned on by default. It’s great for development, because you can immediately see what’s going on with your code and how the execution proceeds. Also if your function is run only several times a day, it can be serve as a good enough monitoring solution.

Our function was run a thousand times per second, though, and built-in logging slowed it down significantly. So how to disable it?

Cool, the function is now blazing fast, but… how do we know what’s going on with logging turned off? Application Insights to the rescue!

The most amazing feature for me is the Live Stream where you can watch how many servers are currently in use and to what extent (even for the Consumption plan!). 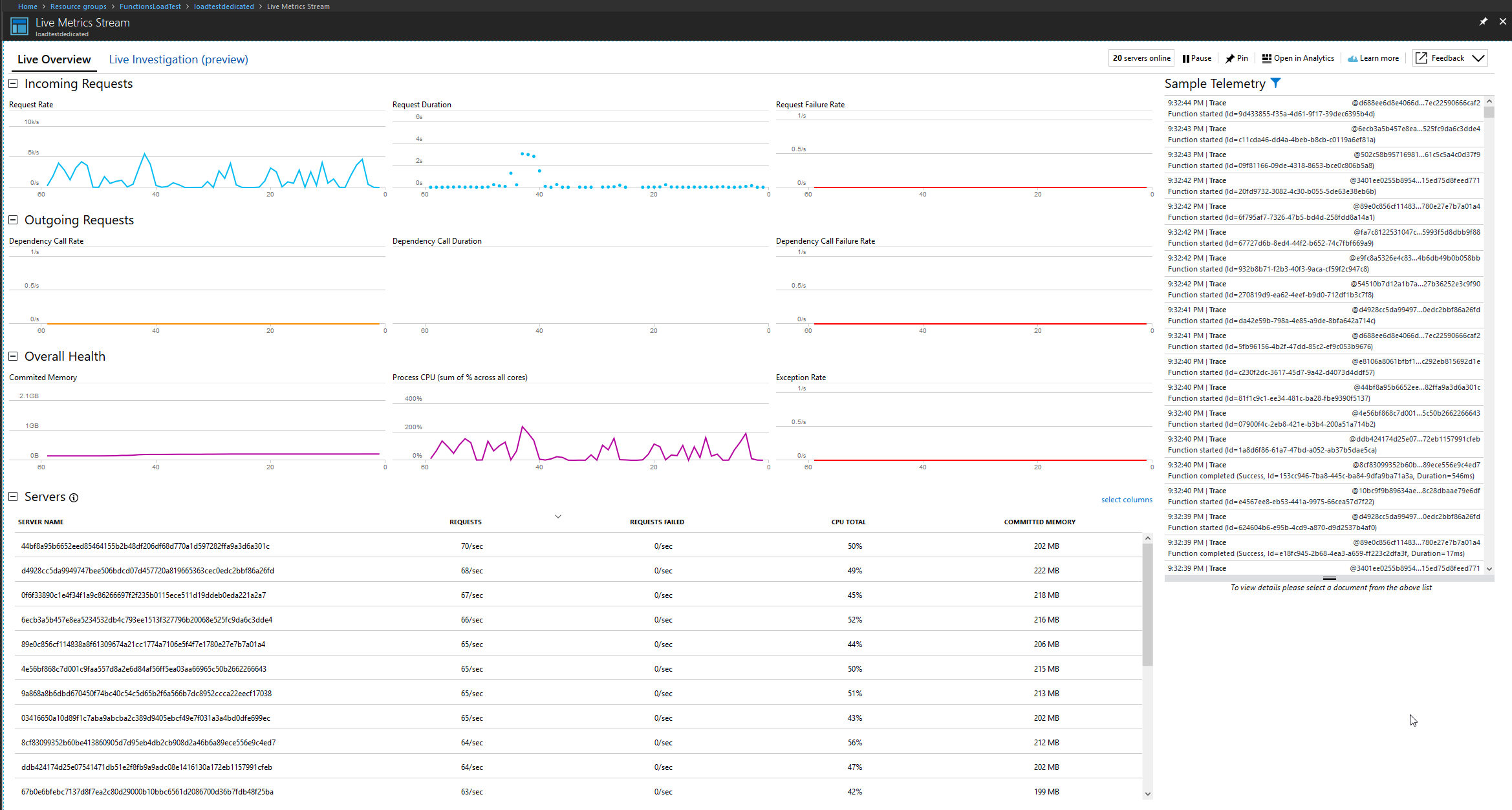 I used Visual Studio 2017 Enterprise to build the test and Visual Studio Team Services (VSTS) to orchestrate it and collect results. The scenario is a regular Web performance test. To simulate load from different users and test saving to several table paritions, I prepared two CSV files:

The test is set up in a way that it randomly grabs table and user names and adds them to the service URL: 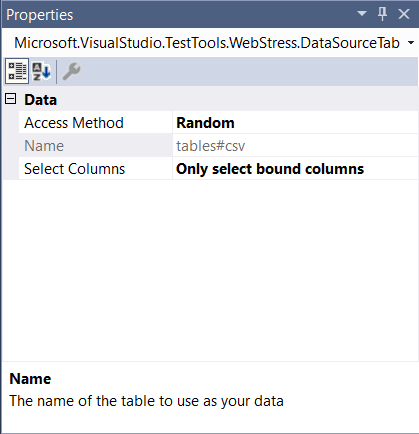 Because I wanted to generate higher load (20k concurrent users, 20 minute duration), I’ve set up a custom virtual machine rig in Azure and connected it to VSTS. Check this blogpost to see how.

You don’t have to use Visual Studio 2017 to run simple URL-based tests. VSTS also has an interface for them. You will not be able to use parametrization though. 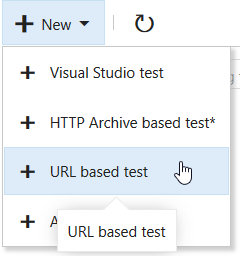 One thing that caught me off guard was the OutOfMemoryException. In one of the test runs I have noticed a sudden user load drop and quickly learned that one of the agent machines failed due to the lack of memory. That was strange since both machines in my rig had 28 GB of RAM. But then I paid attention to one particular warning: 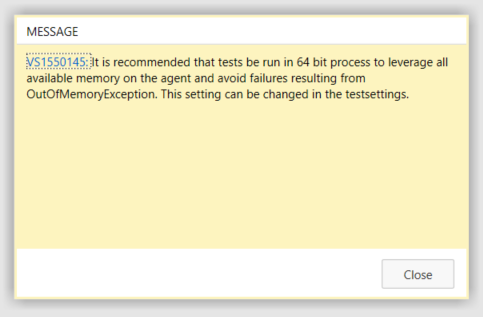 Of course I was running my tests as 32bit processes! To solve this I had to change my .testsettings file to Run tests in 64 bit process on 64 bit machine. 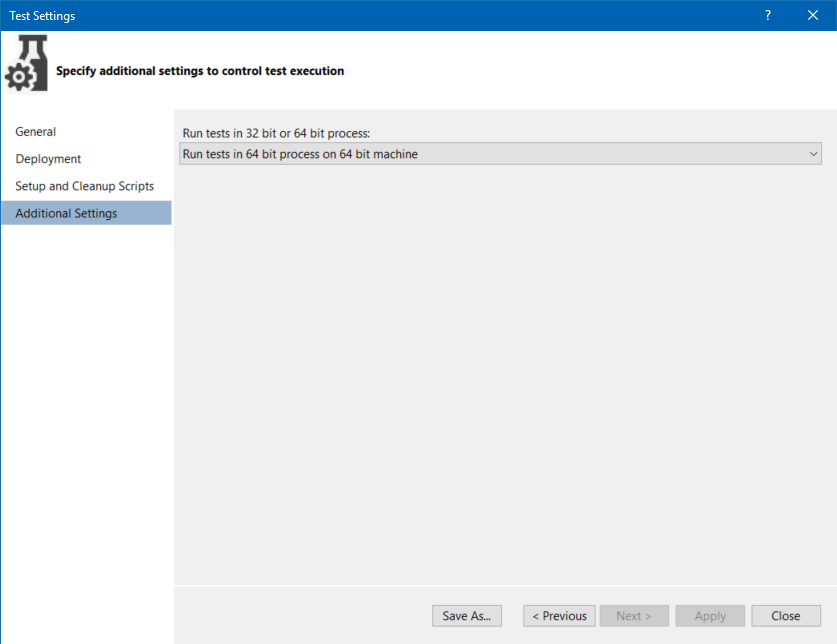 Let’s get to the meat of it - the results! I’ve ran a series of burst tests to see how well the Consumption plan adapts to sudden high load and how it compares to App Service plans (which are supposed to be more performant and predictable).

I did not use auto-scale with the App Service plans, because they have 5 minute cooldown which wouldn’t work well in this sudden load.

Results from each configuration are summed in a table which also contains a price estimate based on publicly listed prices. There’s one value for 20 minutes (“how much was this particular test”) and another for the whole 1 hour (“how much would this exact load cost for 1 hour”). Bear in mind that this is only the cost for compute resources. Table Storage and networking are billed separately and would cost the same for every test.

Consumption plan was the reference configuration as I wanted to see how it would cope with spikes.

As you can see the results are not bad at all, they’re actually pretty good and comparable with higher-level App Service plans. Performance grew gradually (obiously, as it’s autoscaled) and reached 1k RPS in about 7 minutes.

I ran the same test again with the WEBSITE_HTTPSCALEV2_ENABLED setting turned on. Here are the results:

Performance got better, but the error rate increased as well. Still it was only 0.2 % of all requests. Also notice that scaling stopped at 20 servers and did not add more.

Test was terminated after 6 minutes (8100 users) due to high error rate (service unavailable). 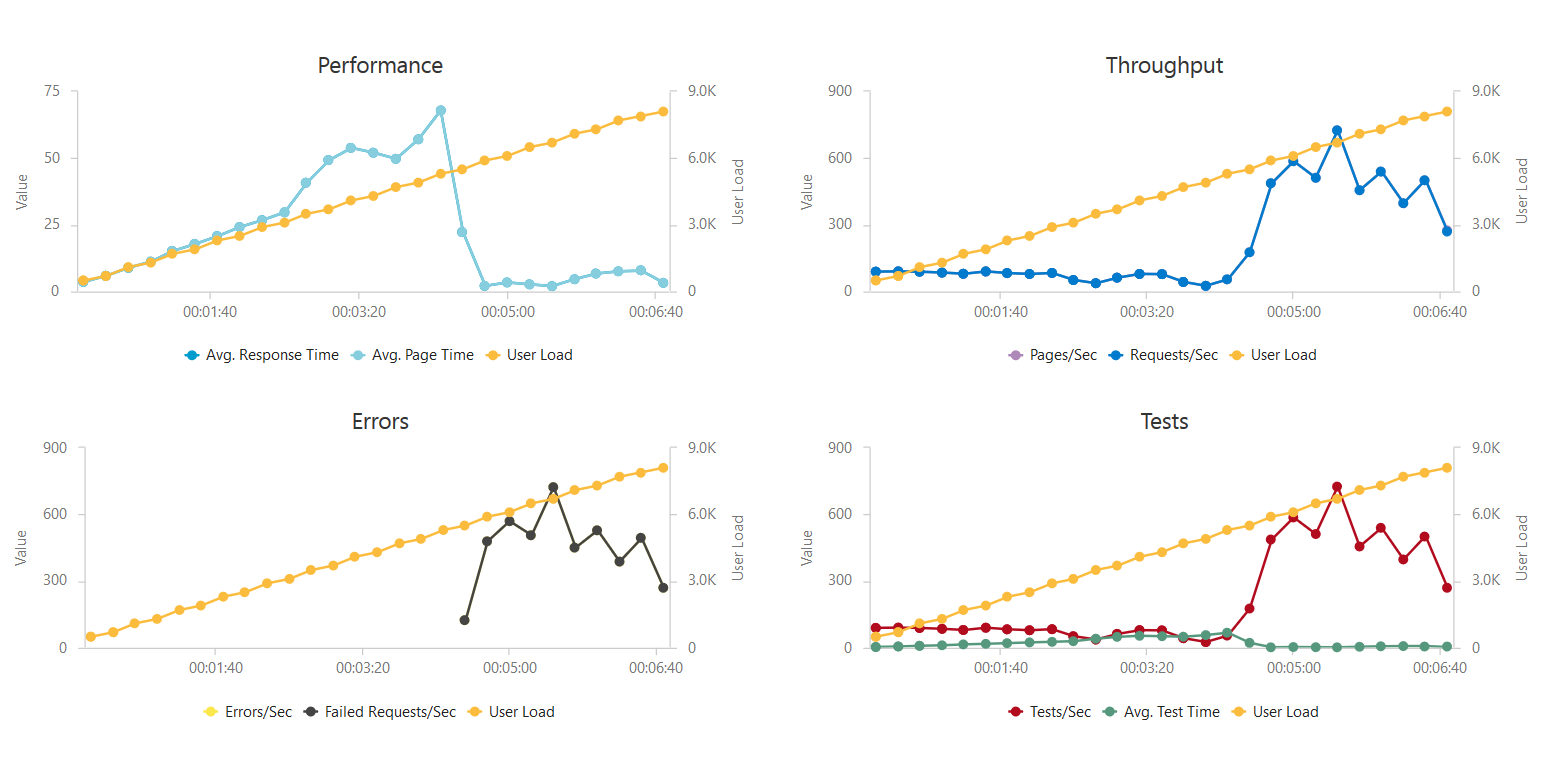 More instances of the same hardware configuration performed better, but eventually failed too. 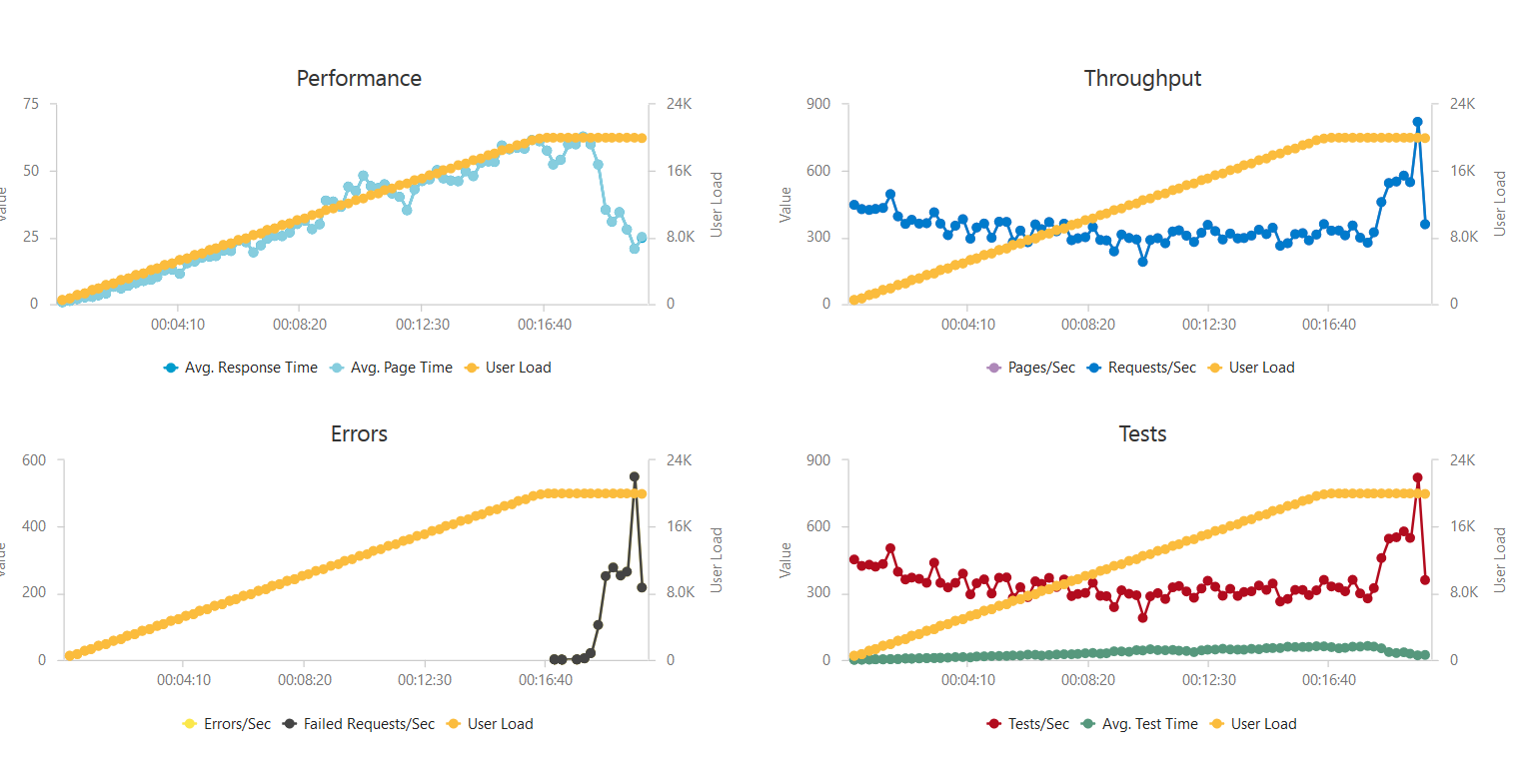 Really long response time and it actually never reached the target of 1000 RPS.

This configuration was included to discover the impact of increased number of instances to the overall performance. Again - not so powerful servers, but 10 of them this time.

Maximum RPS reached was similar to previous test, but the infrastructure didn’t fail this time. Response times also got to a reasonable value.

Let’s upscale even more - to the Premium plan.

This test was aborted after 6 minutes (7700 users) due to high error rate.

Single instance was not enough, so I’ve added some more.

It was interesting to see that this configuration stopped responding in 17 minutes.

Scale up - to more CPU and RAM.

This time the failure was caused by my test rig. It wasn’t able to close connections quickly enough and reached its thread pool limit.

As a bonus I left this beast. This is the most you can get from Premium App Service Plan without contacting Azure support. It’s also the most costly option.

It’s not a surprise that the Function was super responsive for the whole time, rarely dropping under 1k RPS and rarely climbing above 1 second response time. And of course the price was adequate.

To see the impact of Azure Storage on the overall performance, I disabled the “write to a Table” part from my code. And performance went up:

“It doesn’t scale!” very much applies here. Using a single instance for such high-load scenarios just doesn’t make sense (the service becomes unavaiable after 6 minutes). App Service plans are steady, but take some time/experience to fine tune the right configuration for specific load which doesn’t cope well with sudden and short spikes.

Consumption plan is great for sudden load spikes - it scales quickly, but the price follows. It’s suitable for on/off situations where your application isn’t under a steady load, but it’s occasionaly hit hard.

When deploying such function don’t forget to turn logging off :)

And if 1000 RPS is not enough for you, check this article where the Functions team streched up to a 100,000 events per second (yes, events, not requests, but still…).